NTNU is an internationally oriented university with headquarters in Trondheim and campuses in Gjøvik and Ålesund. NTNU has a technical-natural sciences main profile, a number of professional education and a large academic breadth which also includes the humanities, social sciences, economics, medicine, health sciences, educational sciences, architecture, entrepreneurship, arts and artistic activities.

Tor Arne Johansen, NTNU. Tor Arne Johansen has an MSc and PhD degree, both in electrical and computer engineering, from NTNU, Norway. From 1995 to 1997, he worked at SINTEF as a researcher before he was appointed Associated Professor at NTNU in 1997 and Professor in 2001. He has published several hundred articles in the areas of control, estimation and optimization with applications in the marine, aerospace, automotive, biomedical and process industries. Prof. Johansen is currently a principal researcher within the Center of Excellence on Autonomous Marine Operations and Systems (NTNU-AMOS) and director of the Unmanned Aerial Vehicle Laboratory at NTNU and the SmallSat Laboratory at NTNU. He recently co-founded the spin-off companies Scout Drone Inspection, UBIQ Aerospace and Zeabuz. 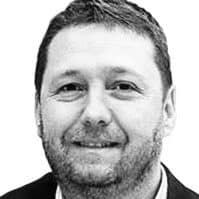